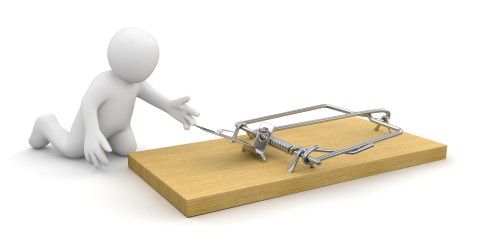 "It ain't what you don't know that gets you into trouble. It's what you think you know that just ain't so." - Mark Twain

This statement written many years ago applies to the depths of the brain in psychology and specifically in sport psychology today. One of the greatest natural human mistakes that we as athletes, parents, and coaches make is generalizing situations as factual when they aren't. One reason for these big mistakes is due to our brain's natural tendency to formulate conclusions off of very little information. This is because our brain not only works from a higher thinking and reasoning level but must also work quickly when in need of producing life-saving reactions to high threatening situations. Unfortunately, this same defense response from the brain, oftentimes, quickly gets in the way of non-threatening situations where athletes, parents, and coaches desire answers fast.

One common example I see of this is when a parent tells an athlete that the other athlete is beatable based on their current ranking or most recent results. Other examples are similar but on the opposing side of the spectrum when athletes go into competition under confident because of a post they saw on Instagram or a youtube video of the team dominating in one game.

The greatest generalization trap I see among athletes and teams is when they expect to compete at the same level as their last competition. This usually happens when an athlete has a positive experience and then raised his or her expectations for the next competition. The problem with all of these examples is that they add far too much pressure and they are not guaranteed.

Listed below is an example of how the brain quickly makes conclusions for future outcomes in a competition.

Imagine, you checked out who your son or daughter was going to compete against next and you saw two factors below:

You may assume that this athlete is going to be very tough and that your son or daughter will have to perform above and beyond their full potential to win. This assumption then gets passed on to your son or daughter where now they go into the competition with fragile confidence, a perfectionist mindset, and (most likely) increased anxiety and over-thinking. Aside from the unfair disposition you have unknowingly placed on your child, the assumption turns out to be completely inaccurate due to the lack of data that you failed to research or was even capable of knowing. Take a look at the example again listed below:

High Ranking, D1 College Committed, dealing with an injury, recovering from a stomach virus, low sleep, feels pressure to live up to his high ranking and not disappoint others, has a college coach coming out to see him play and feels pressure to perform well and not lose.

Now you see that what seemed at first as a clear understanding of this opponent's performance level is not at all accurate to his current potential. Your brain just jumped to survival for your son or daughter by letting them know that they need to be careful and play their best.

This over-generalization trap occurs far too often in my work and does not help the athlete at all in their pursuit to optimize their performance in the upcoming competition.

Of course, this example was of a parent, and athletes and coaches are also guilty of the same over-generalization trap.

Solution: The solution is to first become aware and accept that when going into a competition, never assume you know enough to treat an opponent or team with not enough respect or too much respect. Always expect the unexpected.

Also, stay away from researching your competition in order to predict future outcomes. The only discoveries you will make from this are discovering more about what you don't know!